Casino group diversifies into renewable energy thanks to digital technology

When a young executive caught the interest of the boss of the Casino group in 2007, he had no idea of the entrepreneurial adventure that would follow. Indeed, it was difficult to imagine that the GreenYellow affiliate, created following a pitch aimed at reducing the Group's energy bill by 100 million euros per year, would, thirteen years later, be present on every continent, in 17 countries, and with 300 engineers. Its mission is to help many companies and local authorities to consume better and less a green and local energy produced on their own infrastructures (roofs, car parks, etc.). Among the many ingredients of this successful diversification, big data and artificial intelligence have enabled a completely foreign to the energy business player to offer its customers concrete and duplicable solutions in terms of economy and virtuous energy transition.

David and Goliath reconciled , The Phénix 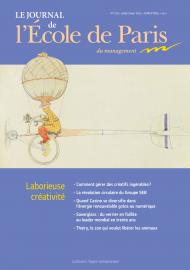