Will multinationals and tech champions win the race to save the world?

What if the alliance of digital and energy technologies could help meet the objectives of the Paris Agreement ten years earlier than hoped? This is the commitment of Amazon, Coca-Cola, Unilever, Microsoft and other companies that are increasingly serious about an accelerated energy transition and now see it as a key element of their future performance. In this exciting race, ENGIE Impact, the consulting branch of the ENGIE Group, has become the transformation partner of Netflix and many other tech players. It relies on the Group's expertise on all continents and recruits the best consultants. As an entrepreneur seeking to make an impact, its CEO, Mathias Lelièvre, is well placed to testify to the managerial revolution that is taking place in multinationals and American tech players, as well as the partnerships that are being forged.

The energy transition , The Phénix 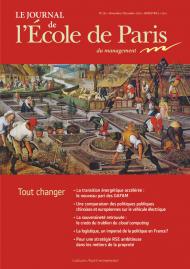