It was another era, full of utopias. Since its creation in 1965, L'école des loisirs has been the herald of the pleasure of reading from the earliest age. It has also always been the bearer of the emancipation of future citizens through reading. Thanks to the mobilisation of teachers and booksellers, it has brought children's books into the majority of homes at a modest price. And thanks to its demanding editorial policy, it has given its letters of nobility to children's literature. More than half a century later, the publishing house has built up a catalogue of 6,000 titles and has brought the initial utopia to life. Today, its original allies –- booksellers, teachers, mediators –- have retired, as has its historical publisher. Its market is facing a new war for attention from over-solicited children. L'école des loisirs is responding to these new challenges by taking a long-term approach and assuming being against the tide. 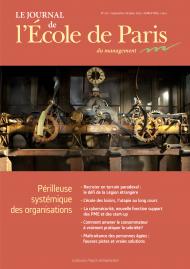