The revolution of free computer software

Microsoft is currently in the hot seat. The press constantly publishes stories of the crusade directed against its monopoly, and at the same time, promotes free computer software or 'free-ware'. This leads us to suppose that the days of the all-powerful Microsoft are numbered. In order for this to happen, free-ware needs to be considered an attractive alternative for many Microsoft users. However, this is far from the case. Ever since the early days of computing, free-ware developers have remained closeted in their own world, a world of traditional computer scientists who, for the most part, are unaware of the importance of current trends and evolutions. Yet, the system of development of free-ware, its openness and its undeniable level of quality are assets in the search for a real alternative to the present monopoly. There is still much to do to bring this about, but the Internet can help by speeding up the process. 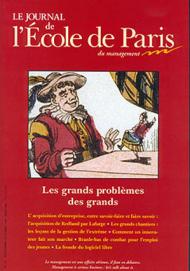