Coopaname : associate entrepreneurs and new ways of regarding work

In 1979, Raymond Barre said 'If you do not have a job, create one !' This remark inspired a number of policies aimed at encouraging business creation. However, the unemployed often lack networks, management know-how, experience and the capital which would enable them to launch their project without taking too many risks. Since 2004, Coopaname has been offering these people the opportunity to create their own jobs as an employee within a co-operative. They are given help to develop their interests, they benefit from pooled resources (such as accountancy, treasury management and invoicing services and so on) and social security protection for employees. They also avoid the loneliness which is often associated with business creation. Today, Coopaname brings together nearly five hundred employees from various professions. How does one create an affectio societatis (a desire to join forces) between hairdressers, computer scientists and jewellery exporters? According to Stéphane Veyer, the secret lies in the co-operative's method of governance, and its view of the economy as a means of creating business and not as a means in itself. 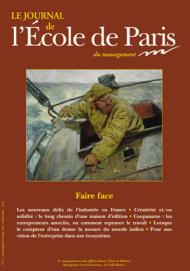