Looking for a group identity : the case of the Secours Catholique

The French Secours Catholique was created in 1947. It has 1,000 employees, 62,000 volunteers, 4,200 teams, 2,700 welcome centres for the general public, a budget of 130 million Euros, 480,000 donors and grants totalling 11.4 million Euros. With the passage of time, the Secours Catholique has helped in areas where people have the greatest needs such as housing, clothing, jobs, health, and loans. Even though it appears to be a single entity, it is in fact a collection of a large number of different associations, some of which have a unique status or specific accreditation. It has not always been easy to guarantee the consistency and continuity of action to help people whom the organisation welcomes. It is for this reason that François Soulage aims to create a group identity. This supposes that one must invent the means and the systems to create this consistency without upsetting the procedures which already exist, because this approach reveals the varied identities which are grouped together under the same banner... 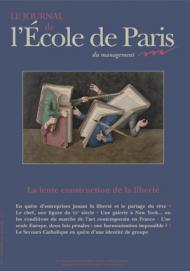