Tourism: a disregard which costs the french dear

Is France the world’s leading tourist destination? Behind the reassuring appearance of the statistics hides an illusion. Paris has always been an extremely popular destination throughout the world, whereas tourism in the rest of France - which has a great deal to offer - has lacked a general strategy, has not found a consensus between those involved, and suffers from inadequate or ageing infrastructures. But above all, tourism suffers from the disenchantment - even contempt - of the French population. The French confuse quality of service with servility, and give a second-rate - and sometimes even hostile - welcome to visitors, despite their economic importance. Tourists are the biggest source of external income in the French national economy. This problem must be solved at grassroots level. The French must try to change their attitude as a nation because if they do not, this blessing, which is handed to France on a plate, will go elsewhere benefitting increasing competition from elsewhere. 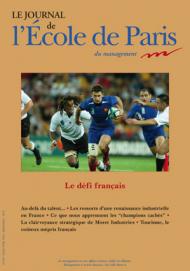