The automobile industry: the challenge of the change towards services and sustainable mobility

Vice-president in charge of innovation and scientific developments, Valeo

We are beginning to see what the 21st century has in store for us, with overpopulated and polluted megacities, overcrowded public transport, and the need for completely new forms of mobility. The private car, which delighted generations of baby-boomers, is no longer attractive to millennials who prefer bicycles and electric scooters, and use Uber and car-sharing services. Furthermore, autonomous vehicles (or ‘self-driving cars’), which have been widely marketed by the big tech giants Google, Amazon, Facebook and Apple, are no longer a pipe-dream, and their unexpected arrival into our cities will open up a number of avenues which have yet to be explored. Traditional industrial groups, such as Valeo and Renault, have been preparing for this radical change in their organisations, corporate culture and values for years, and they have many advantages compared to their rivals which claim to be more modern. 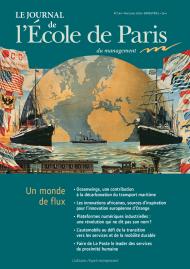