Coluche (a charismatic French comedian) died less than one year after having set up "Les Restos du coeur". He mobilised the media, convinced the public, and passed on his festive sense of charity, his active generosity, and his respect for social misfits to his followers. His demise could not halt the impetus he had generated. A hundred or so associations all over France work together to put into practice faithfully the "Coluche spirit". Providing a meal is so full of meaning that the number of donors has multiplied and thousands of volunteers have helped out. Sixty million meals provided to six hundred thousand people by thirty-five thousand volunteers are just some of the figures from the recent campaign. However, "Les Restos du Coeur" aims to expand its actions with "Les Relais du Coeur" and social help for rehabilitation. These associations create conditions in which those in need can have a project, and can contribute as far as they can to its completion. 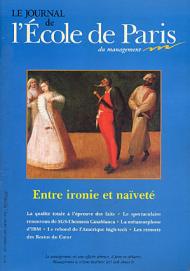