In favour of collective citizenship

Contrary to individual citizenship, which can be valueless and passive, collective citizenship cannot and must not be like this, because its priority is to respect its primary vocation, and, in the case of a company, its economic rules. This assertion can be quite shocking to our Latin culture, where virtue and profit do not necessarily make good bedfellows. Would it be possible, therefore, for a company to conduct neighbourly activities while at the same time taking advantage of one's neighbours? Whatever the answer, it is the sine qua non for this to be possible, since otherwise the shareholders would question the company directors' seemingly unjustified spending, and the personnel would be much less tolerant of budgetary restrictions. These conditions, however, do not prevent the development of actions which are increasingly demanded by employees and which are often necessary for the survival of the companies which undertake them. 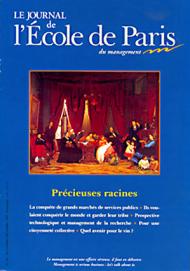