What about the “emplois jeunes” in the urban zones at risk

New teams have been set up in some railway stations considered as urban zones at risk. They are made up of people working in “emplois jeunes” , i.e. new jobs for unqualified young people, in order not only to help the travellers to find their way but also to deter hooligans from doing illegal acts, to prevent jumbled situations, to avoid the tense situations from deteriorating into acts of violence, to help the rescue teams in case of any hard blow. They bring down the insecurity mood felt by the customers of SNCF or RATP, thanks to their peaceful presence and their efficient action in these stations, which are often squatted by some undesirable and possibly dangerous people, and where gangs rushing from hot areas in the vicinity meet and sometimes confront each others. Their action of social good offices in these public surroundings is fairly new  and not exactly in accordance with the railway companies rules. One could wonder about the future of these young people whose employment is concluded for a limited length of time. 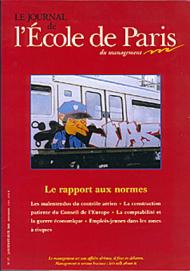