AINA : fighting for culture and freedom in Afghanistan

Photographer and founder of Aïna

Reza is both an international photographer and reporter for National Geographic Magazine. His photographs have been displayed on the railings of the Luxembourg Gardens in Paris and throughout the world. He specialises in reports from war zones and the misery of war. His experience made him realise that the most important destruction of all is invisible : this destruction affects the soul, one's identity, the culture of its victims, and constantly generates new wars. As well as the humanitarian action undertaken in reconstructing houses, schools and hospitals, he thought it was essential also to reconstruct local culture and give it the means to create a society capable of dealing with new violence. He created a new sort of NGO (Non-Governmental Organisation), Aïna, which he first set up in Afghanistan and now wants to develop internationally. In the space of a few years, Aïna produced eight publications (including magazines for children and women), created a radio station made up entirely of women, and set up a touring cinema. It trained several hundred journalists who are now familiar with the most modern means of communication. 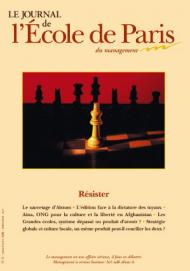