When will the electric car finally take off ?

Member, General board for industry, energy and technologies (CGIET), Co-ordinator of the report 'Perspectives for a 'general public' vehicle, 2010-2030'

The electric car had its hour of glory at the beginning of the 20th century, and has been a recurring topic whenever there has been an energy crisis, but it has still never managed to overthrow the position occupied by the combustion engine. Today it is coming back into fashion because of its relatively low cost, restrictions which have been imposed on carbon dioxide emissions, and because the crisis in the car industry is encouraging the development of projects promoting alternative ways in which cars can be used which may attract consumers. Car manufacturers are getting involved, governments are pledging their support, inventive projects have been launched for instance in Israel and Denmark, but will we manage to overcome the obstacles which have resulted in failure in the past ? The solution appears to be a much more comprehensive approach than before. Instead of handling projects solely on a technical basis, one must revitalise the applications, the business models, the relationships between those involved in the car industry regardless of whether they are manufacturers, energy providers, infrastructure developers, governments, local authorities or even private service operators. "Écouter ou télécharger l'enregistrement de cette séance":http://video.ecole.org/podcast_IN020210/ 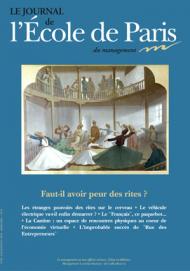