The transformation of the french Red Cross

Everyone has heard of the Red Cross, but it is not widely known that in France it has a budget of one billion Euros, seventeen thousand employees and fifty-two thousand volunteers which makes it the largest French organisation. At the end of 2004, Professor Mattei was made president of the French Red Cross. His election coincided with the December 26th tsunami which required the urgent action of humanitarian organisations throughout the world. In the shadow of this medical emergency, there is another, more mundane urgency, that of an organisation weakened by the faults in its establishments and in need of rapid modernisation. It is necessary to rethink the Red Cross from top to bottom by lessening management constraints on local officials so that they can devote themselves entirely to their humanitarian mission, and by adapting itself to the constantly changing world in which it operates. At the heart of this wide-reaching transformation are the values of the organisation which are the basis for its strategy and which guide its plan of action. 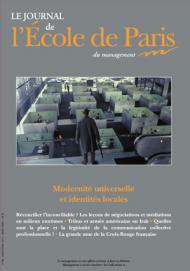