"Confined" research can be defined as a research activity in which researchers work with other researchers and are recruited, assessed and promoted exclusively by their peers. Living without any contact from the outside world, it may be that researchers are not capable of making a precise assessment of the preoccupying issues at stake for their contemporaries, a fact which sometimes arouses the latter's indignation. Families of myopathic patients are appalled by the lack of interest of the medical community in their disease ; Aids victims, by clinical research methods ; inhabitants of sites where nuclear rubbish is buried, by decision-taking which is too rapid. For some years, people concerned by this have organised themselves into groups in order to appropriate the research terms and issues and to try to talk with the scientists. This approach has been called "open-air" research. These meetings often prove to be surprisingly eventful, but some researchers remain sceptical. Is a science which is accessible to non-scientists really a science ? 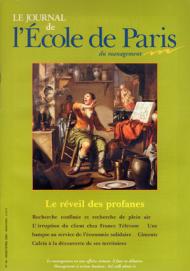